Savannah’s squares are among its most famous landmarks. Millions of residents and tourists enjoy the oasis provided by the squares throughout its Historic District. But there are some things about the squares you may not know. 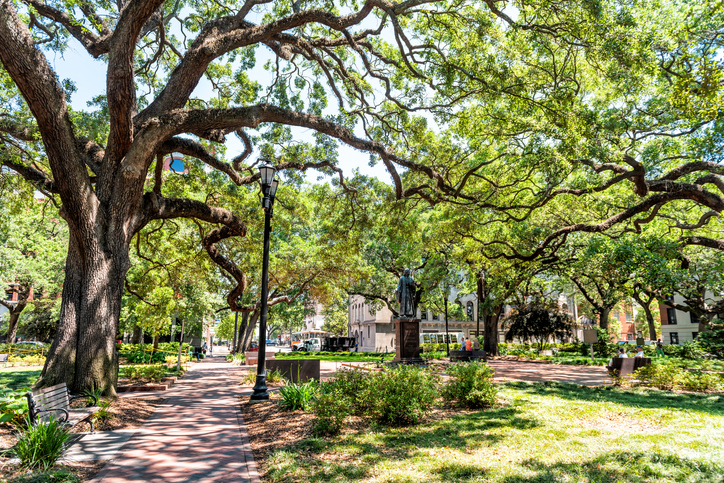 When you visit Savannah, you can stay in a rental that faces one of these squares. Savannah Oaks is a charming one-bedroom property on Oglethorpe Square. Orleans Square is a garden-level, two-bedroom, two-bath property facing, you guessed it, Orleans Square. For larger groups, Washington Square Manor offers four bedrooms, two and a half baths and a beautiful new kitchen.