Broughton Street is one of the primary east-west arteries in downtown Savannah, Georgia. It is the heart of the Savannah Historic District, which has been designated as a National Historic Landmark District since 1966. This part of the city has remained the core of the shopping, dining, and entertainment district. Retail and other commercial developments are changing the atmosphere of this area as a major developer is currently redeveloping the Broughton strip into modern shops. However, exteriors remain faithful to the architecture of the era based on Historic District guidelines. If you are a frequent visitor of Savannah vacation homes located in the Broughton Street area, the changing face of the Savannah historic district should be noticeable. 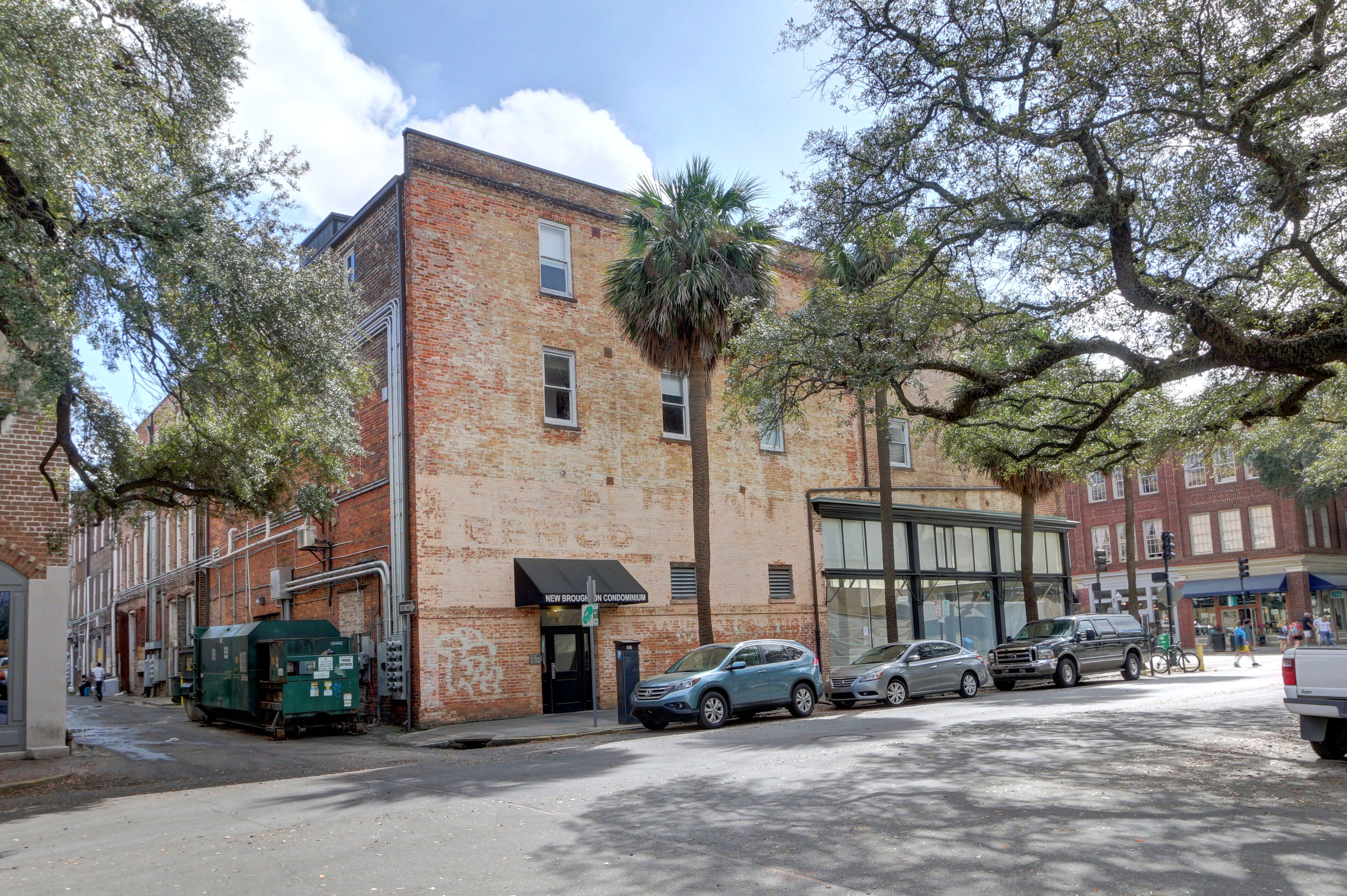 Residential neighborhoods around Broughton Street are characterized by graceful structures sheltered behind graceful oak trees dripping with Spanish moss. Some of the streets have retained the original cobblestones while manicured front gardens and shady green spaces create inviting and very livable communities that are strategically located to the amenities in the downtown area. Staying in Broughton Street vacation rentals will give you the opportunity to hobnob with the locals who are typically warm and welcoming in the tradition of gracious Southern hosts.

The western terminus of Broughton Street abuts Martin Luther King Jr. Boulevard right where the state government offices and the judicial administration units are located. Broughton Street extends up to Randolph Street on the east. Residential enclaves, including Broughton Street vacation rentals, are hidden behind a mix of retail and commercial developments.

In spite of the stringent requirements imposed by the Historic Board, the Broughton Street area has undergone various redevelopment phases. Many of these projects have brought established national retail chains to the area, but family-owned businesses remain important in preserving the small-town feel of this town. In keeping with redevelopment efforts, many of the popular Savannah vacation rentals in Broughton Street have been meticulously upgraded to include modern comforts while preserving the distinctive architectural details of the original properties.

Further proof that Broughton Street was envisioned as the city's Main Street is its orientation in relation to the historic squares of Savannah. When General James Oglethorpe and his team were planning the city's grid layout, they designed four open squares with each square surrounded by eight blocks. These squares and surrounding blocks defined award. Based on the Oglethorpe Plan, the grid expanded outward as additional squares were established to create the wards needed to accommodate the growing population in the 18th and 19th centuries.

Savannah had a total of 24 squares in 1851, but only 22 squares still exist today. The remaining squares retain the original names that commemorate a historic event, person or place. Each one displays a monument, plaque, or emblem representing the symbolism of the square. Broughton Street is equidistant to the series of squares along Congress Street and the squares laid out along State Street. This means that residential neighborhoods in the Broughton Street area were conveniently situated within an easy distance between at least two of these squares in the Savannah historic district.

Savannah is an old city with many stories to tell. The mystique of the Old South combined with the dramatic roles that the city played during the American Revolution and the Civil War created many opportunities for locals to regale out-of-town guests with stories from the past. Re-enactments, historical plays, walking tours, and ghost tours are just some of the ways that local experts engage with Savannah visitors to share stories about the city's rich legacy. If you are staying in Savannah vacation rentals, expect to encounter some of these groups as they make their way from one monument to the next. Feel free to join a tour to get a glimpse of Savannah's extraordinary history. 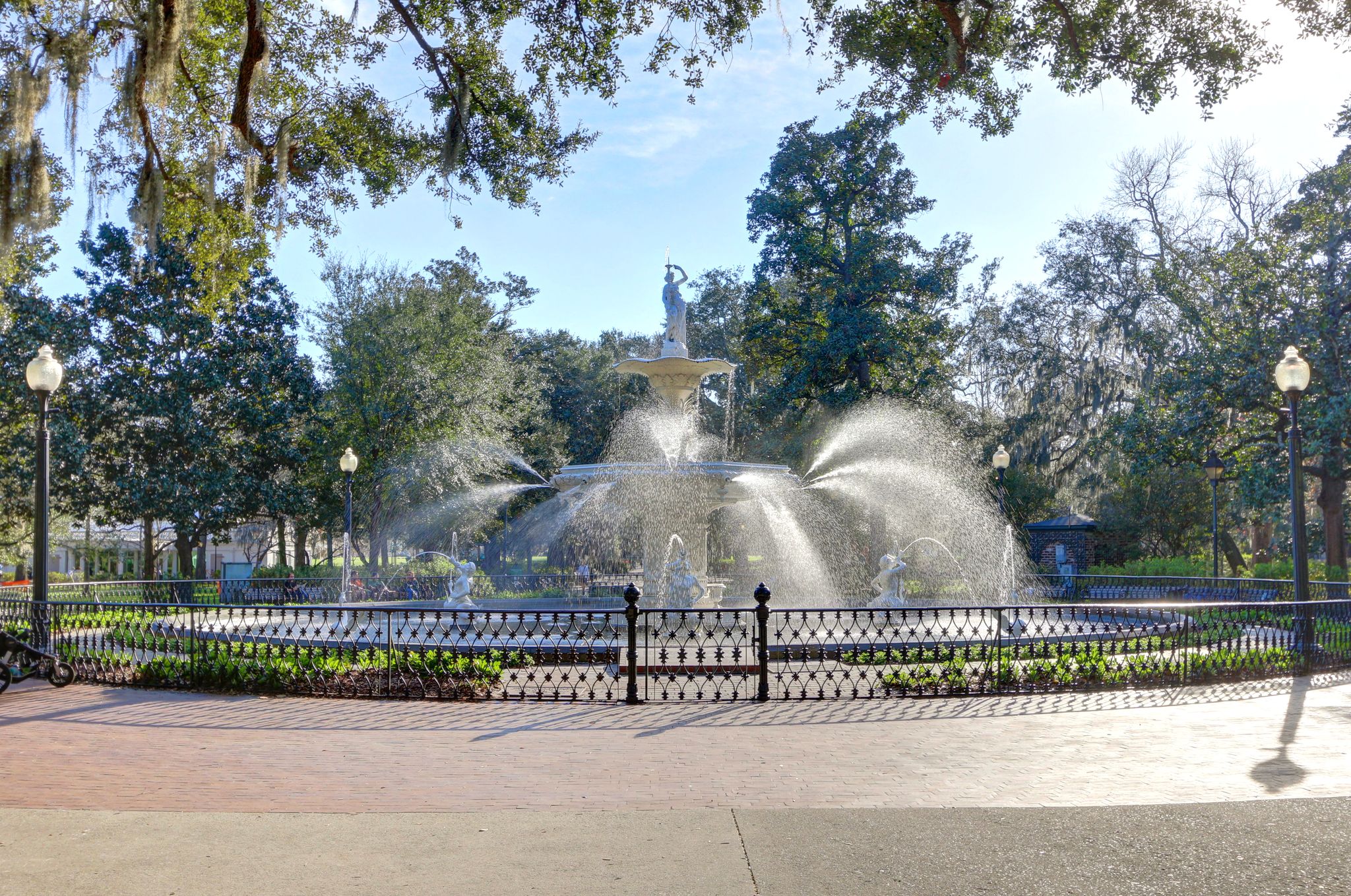 One of the most popular stops on ghost tours or walking tours is Colonial Park Cemetery. Considered sacred grounds, this burial place dates back to 1789. This cemetery is only a few blocks south of Broughton Street past Oglethorpe Square on Abercorn Street and Oglethorpe Avenue. Visiting old cemeteries provides an interesting perspective of how the city has evolved since the early days of America. Other cemeteries in the city include Bonaventure and Hillcrest Abbey on the east side and Lincoln Memorial on the southwest side of the city. History buffs delight in returning to Savannah vacation homes to immerse themselves in the city's historic places and special events.

The famous Forsyth Park is much further south on Gaston Street. If you are enjoying the amenities of Broughton Street vacation rentals, visiting Forsyth Park should make it on your must-do list. The Forsyth Fountain, inspired by the Place de la Concord fountain in Paris, is worth checking out in the daytime if you wish to enjoy the shaded walking paths. The fountain is beautifully illuminated at night, and it has become a favorite meeting place and performance venue for the annual Savannah Jazz Festival and other year-round open-air concerts.

The Savannah College of Art and Design's sprawling campus near the park is the site of various cultural events held throughout the year. The Savannah Film Festival is a popular event that draws celebrities, so if you happen to be a guest at Savannah vacation homes during this annual event, expect big crowds everywhere.

Savannah is a travel destination that tends to invite repeat visits. Various Savannah vacation rentals cater to travelers who prefer privacy and homey comforts over chain hotels. These accommodations offer excellent opportunities to discover Savannah on your own terms.