Get in on Savannah’s 2020 St. Patrick’s Day Shenanigans

It’s hard to top St. Paddy’s Day celebrations in Savannah. While parades in larger sites like Boston, New York City and Chicago attract a lot of attention, this coastal Southern city has thrown a massive celebration since 1824. 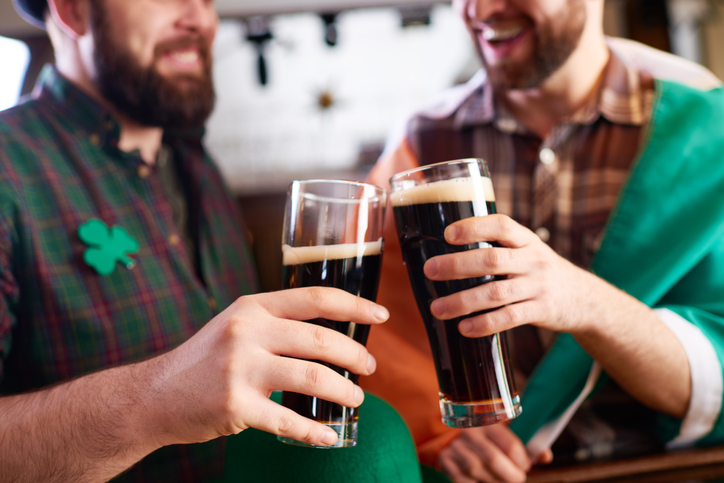 It’s a full week of festivities that culminate with the St. Patrick’s Day Parade.

Just why does Savannah celebrate the patron saint of Ireland? The Irish roots run deep here as some of the first settlers who arrived in 1734 hailed from the Emerald Isle. An Irishman, Henry Ellis, was the second royal governor of the Georgia colony. By the early 1800s, a large population of working-class Irish people were living in Savannah, and by the mid-1800s, shipping routes carried immigrants from southeastern Ireland to Savannah regularly.

So that’s why you can find a big celebration in Savannah. Here’s the rundown on just how the city celebrates.

Greening of the Fountain

First up is the Greening of the Fountain. It’s traditional in Savannah to dye all the fountains green for the holiday. The Greening starts at noon on March 6 as green dye is added to the city’s best-known fountain in Forsyth Park.

Also on March 6, the March of Dimes Shamrock Run takes place at Ellis Square at 6 p.m. Then you can kick up your heels at the Irish Heritage Dance at 8 p.m. at Alee Shriner’s Temple.

On March 13-14, the St. Patricks’ Day Festival takes place from 10 a.m. to midnight on River Street and in City Market. It’s one of the largest festivals and events of the year in Savannah with vendors lining the streets, bands playing on multiple stages throughout downtown and plenty of restaurants and pubs for downing a Guinness or Irish whiskey.

On Saturday, March 14, head across the bridge to Tybee Island for its Irish Heritage Parade starting at 3 p.m.

Then the main event takes place on March 17 when the 196th St. Patrick’s Day Parade rolls at 10:15 a.m. The parade starts at Gwinnett and Abercorn streets, just east of Forsyth Park. It continues on East Broad to East Bay streets, then proceeds to Madison Square. With pipe bands, Irish dancers and a total of 350 marching units, Savannah’s St. Patrick’s Day Parade is the second-largest in the U.S., right behind New York.

As many as half a million visitors put on their green for this annual party, so book your Savannah rental early. This is one party you don’t want to miss.