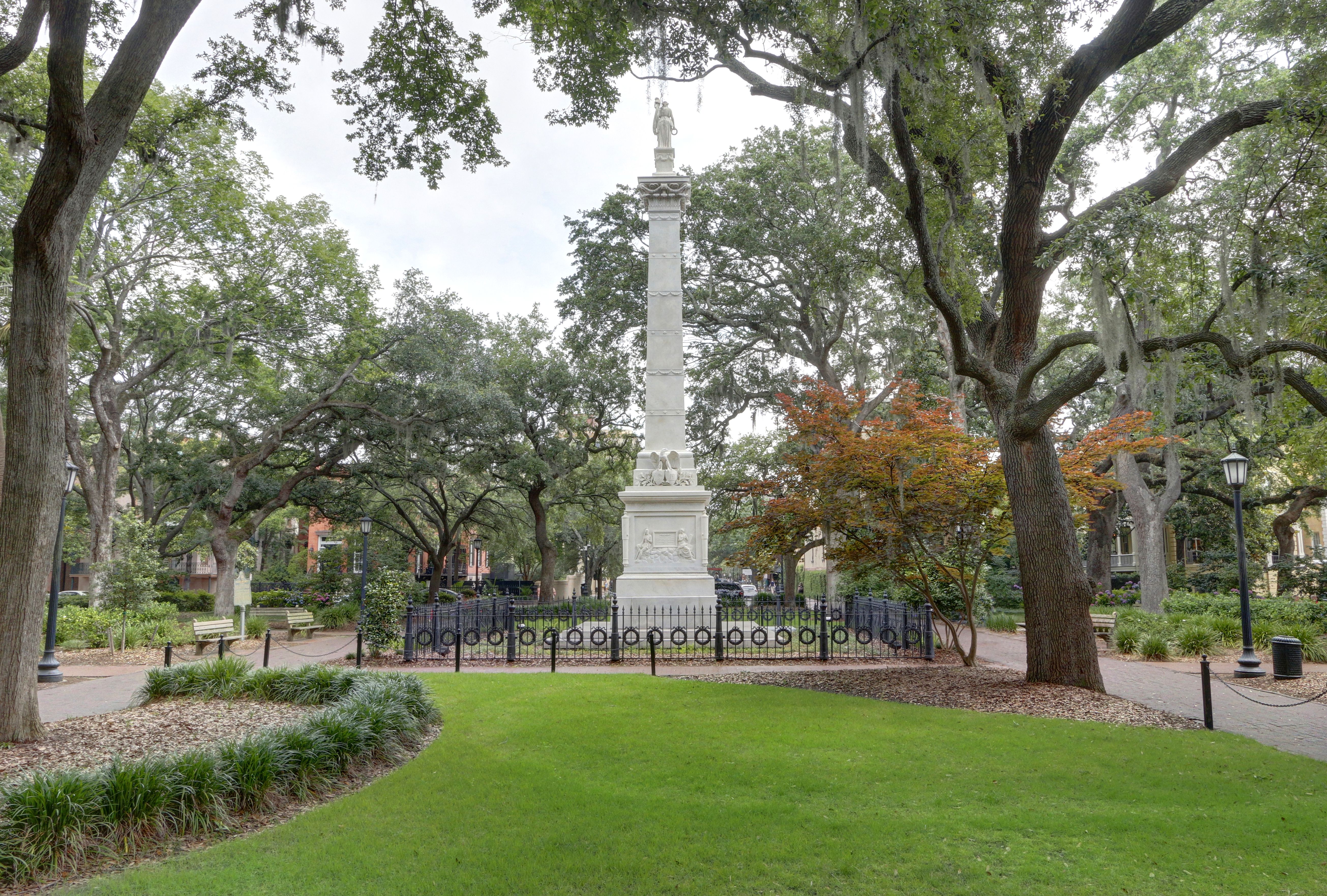 Nestled several miles inland from the beaches of Tybee Island, Savannah is home to two of the most impressive historic districts in the United States. Millions of people from around the world travel to Savannah each year to walk through a city renowned for its beauty and cultural heritage, both of which have only improved with time thanks to the city's efforts to preserve its history.

Savannah immediately stood out when it was founded in 1733 because of the meticulous planning that went into its design. The original plans called for four separate squares, each at the center of a city ward, which were each comprised of eight city blocks. Over the next 120 years, Savannah grew to two dozen wards, of which twenty-one have remained open since their creation. Ellis Square was reconstructed and reopened in 2010 to bring the total back up to twenty-two.

What better way to experience Savannah than to stay in an authentic 18th or 19th century home that retains many of its original features? Most Savannah vacation homes are located on side streets, but we currently offer several historic Savannah rentals that actually border the squares themselves!

Inside our historic Savannah rentals, you won't find a single linoleum floor or vinyl window. Homeowners in the Savannah Historic District are legally required to preserve their properties, and any remodeling goes through a stringent permitting process. For example, home exteriors must be painted a color that existed at the time of the home's construction, so you won't find any fuchsia buildings while walking around the historic Savannah squares.

Most historic Savannah rentals still retain their original wood flooring, which has been sanded down and refinished to its original luster. Brick fireplaces, iron and steel fencing, and tall baseboards, and just some of the decorative features you won't find in modern homes. Homes in the Savannah Historic District typically feature tall windows for what used to be one very practical purpose: tax evasion. Because homeowners were taxed by the door instead of square footage, they determined that they could save substantial sums of money each year by installing tall windows for their balconies instead of doors.

These homes are historic, but that doesn't mean they haven't changed in 250 years nothing could be further from the truth! Our Savannah vacation homes have been upgraded with modern conveniences such as central heating and air, wireless Internet access, energy-efficient lighting, washers and dryers, and gourmet kitchen appliances. You'll find all the creature comforts you've come to expect with a unique character and charm you won't find anywhere else in the United States. 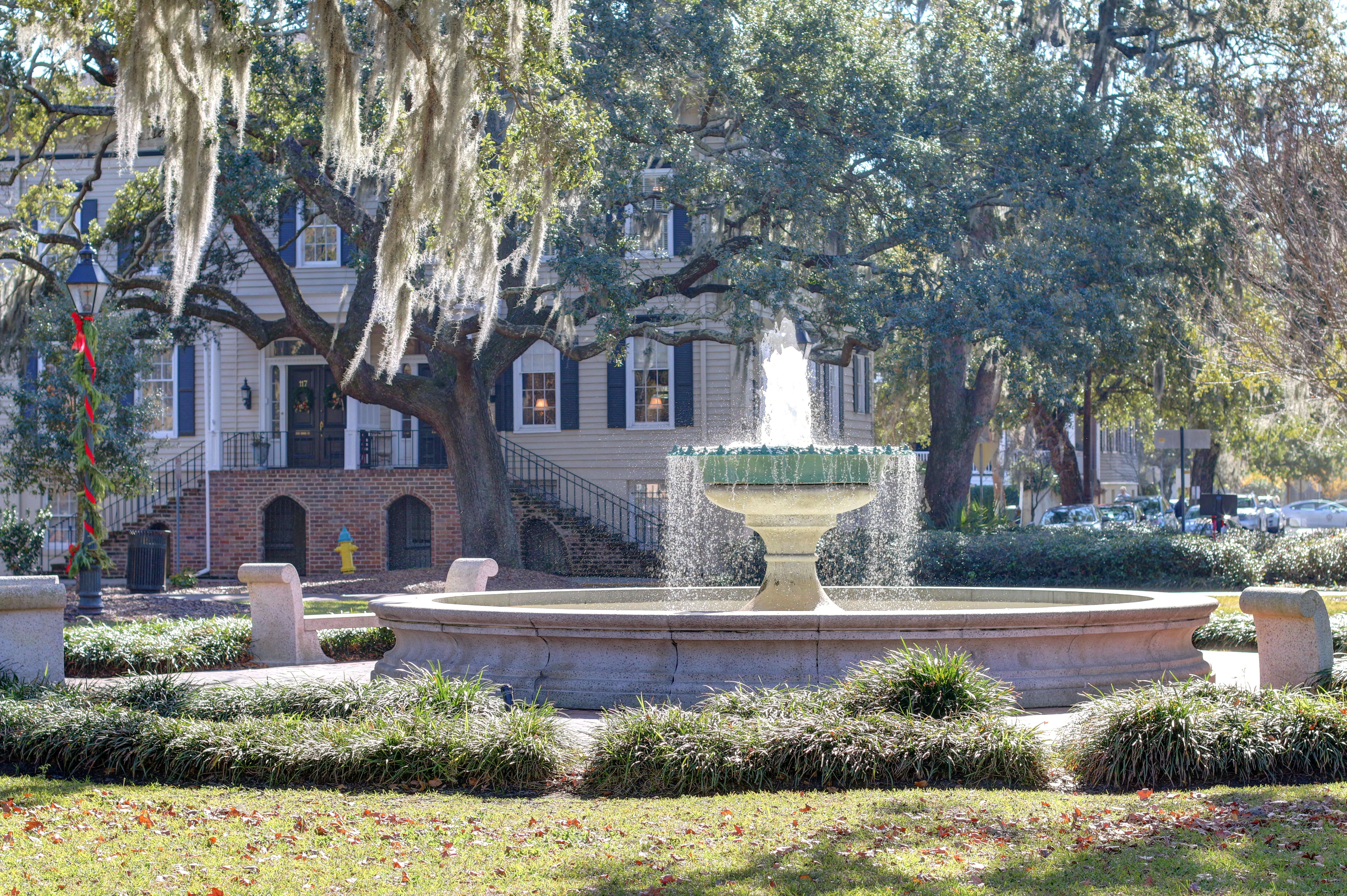 When the historic Savannah squares were designed, parking wasn't an issue and wouldn't be for more than a century, but Savannah can get pretty crowded in 2016. Our Savannah vacation homes that face the square offer either unlimited parking or two private parking spaces per property. Trying to see everything that Savannah has to offer during your vacation is difficult enough, and when you stay with us, we guarantee that you won't have any other problems!

All twenty-two of the historic Savannah squares were designed with three ideas in mind: safety, order, and defense. The city was so efficiently designed that city planners around the world continue to draw inspiration from the Savannah Historic District, and today they essentially serve as beautiful parks for the enjoyment of all. Preservation is key to the city's success, and you'll find trees right outside your rental that are 200 years old. The 300-year-old Candler Oak is older than the city itself, and three decades ago, Savannah set aside more than 6,000 square feet simply to preserve the tree for future generations. That's just one of the many stories that give Savannah its world-famous reputation.

There's far too much to see and experience in Savannah to list it all here, but we recommend purchasing a trolley tour to get started. You'll get to see the historic Savannah squares, learn the history behind each one, and even pass by many of the city's famous buildings such as the Juliette Gordon Low Birthplace and the Green Meldrim House, where General Sherman set up his headquarters during the Civil War after Savannah's peaceful surrender. Plan to spend at least a week simply exploring the city.

Our historic Savannah rentals are also within easy walking distance of the Savannah Victorian District, which features newer homes from the late 19th and early 20th centuries. Forsyth Park is a beautiful 30-acre tract of land that was originally intended to replace the ward and square design from 1733, and it's now home to numerous concerts and festivals throughout the year.

Need a bite to eat? Check out Circa 1875, a Parisian bistro and pub that often has lines spilling around the block due to its atmosphere and excellent food. River Street has dozens of unique restaurants and shops, and it's a delight to visit after dark.

Because it's such an old city, Savannah has hundreds of ghost stories that have popped up over the past three centuries. Before you head back to your Savannah vacation home to retire for the evening, go on a ghost tour of the city they operate during the day as well, but most of our guests love the extra spookiness they feel at night!