Are you a birdwatcher planning a Tybee Island vacation? You’re in luck. Tybee Island and Little Tybee are perfect places to view migratory birds as well as shore birds. 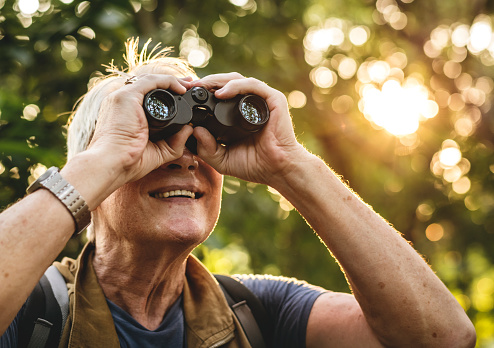 For the best places to see birds, head to the North Beach Birding Trail near the Tybee Island Light Station. The beach there is home to Northern Gannets, various terns, ducks, gulls and purple sandpipers. Black skimmers, year-round residents, are unique birds with a lower beak that is longer than its upper beak. The American Oystercatcher, another bird you can see any time of the year, uses its flat red bill to pry open oysters. That’s something to see!

The Sally Pearce Nature Trail or McQueen’s Island Historic Trail are great places on the island for birders to spy warblers, the Painted Bunting and other local birds. They can be spotted or heard along the trails starting in the spring.

Take to the Waterways

Rent a kayak or canoe and head to Tybee’s waterways and marshlands to get a glimpse of Black and Yellow Crowned Night Heron, Great Blue Heron, Green Heron, Great Egret, Snowy Egret, Louisiana Heron, Osprey, Brown Pelican and many more.

Get set up with a local outfitter to take you to Little Tybee Island, a 7,600-acre Natural Heritage Preserve. Birding is amazing on this undisturbed site, but it’s only accessible by boat. Rarities sighted on Little Tybee include roseate spoonbill, reddish egret and the curlew sandpiper. Osprey and bald eagles also nest on the island.

Large numbers of shorebirds gather during the winter including whimbrels, dowitchers, and piping plovers. Egrets, herons, ibis and storks have nesting spots on Little Tybee Island, as do oystercatchers and Wilson’s plover. The endangered Least Tern also nests on its undisturbed beaches.

Just off U.S. 80 before reaching Tybee Island is the 5,600-acre Fort Pulaski National Monument, with a diverse habitat that is home to 200 species of birds. In the spring, look for the painted bunting along the edges of the woods. This is also a great place to spot migratory songbirds in the spring. Heads up: there is a fee to enter the Monument.

Pack the binoculars and the birding journal, and book your stay in a Tybee Island rental. We even have properties named for those local birds including the Salty Pelican beach condo and the Green Heron cottage.